Roger Waters is the Steven Seagal of rock dinosaurs (COLUMN) 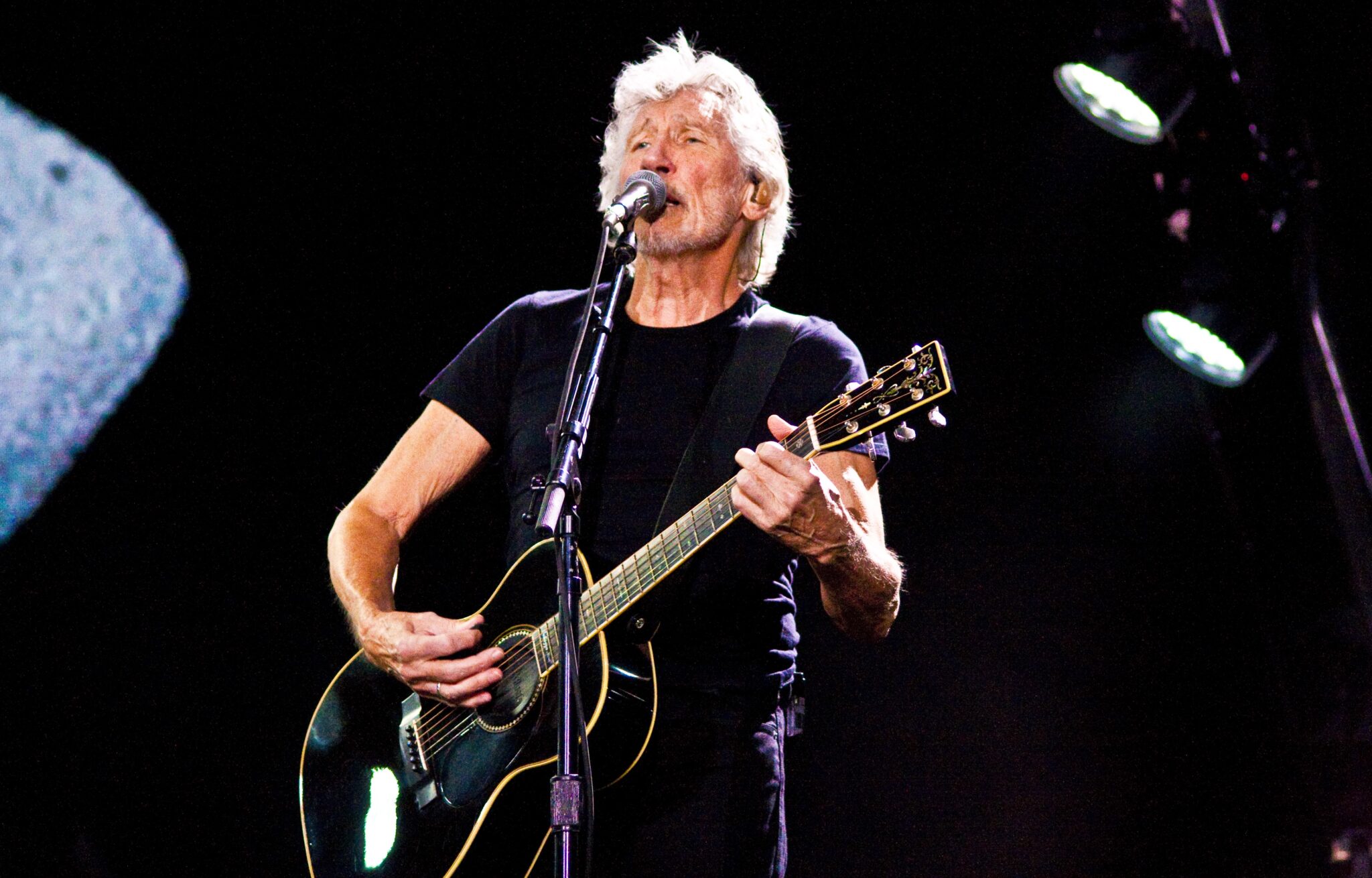 During his latest tour Roger Waters, who back in the day was Pink Floyd’s lead, has been displaying a sign before every show saying “If you’re here because you like Pink Floyd but you can’t stand Roger Waters’ politics, f**k off to the bar.” Judging by his statements about the war in Ukraine or the situation in Taiwan, I think a bar is a better option than a bitter, ignorant old man who hasn’t created anything meaningful in the last 30 years, but who has for decades used leftist ideas and cashed in millions of dollars from fans of his former band that he wanted to destroy – writes Michał Perzyński, editor at BiznesAlert.pl.

When looking back at the beginnings of Pink Floyd’s and Waters’s career, that is, the late 60s, it is apparent that the bassist and the main author of the material initially avoided poiltics. Only in the 80s with the album “The Final Cut” did he reveal the spectrum of his views – from calls for halting the arms race between the East and the West, to ferocious criticism of Margaret Thatcher and Ronald Reagan. However, the critically acclaimed “Amused to Death” of 1992, his last significant musical achievement to date, not counting the minor, secondary and mediocre “Is This The Life We Really Want?” from 2017 (let us emphasize, the creation of which took him a quarter of a century), showed that we are dealing with a left-wing version of Janusz Korwin-Mikke (an elderly Polish politician whose controversial quips turned him and his ideas into a meme – ed.) among rock musicians of the olden days. Example? The song “Watching TV”, in which the lyrical subject takes a look at the history of China in the second half of the 20th century: ” (…) Her grandpa fought old Chiang Kai-shek/ That no-good low-down dirty rat who used to order his troops to fire on the women and children/ (…) And in the spring of ’48 Mao Tse-tung got quite irate And he kicked that old dictator Chiang Out of the state of China/ Chiang Kai-shek came down in Formosa And they armed the island of Quemoy And the shells were flying across the China Sea And they turned Formosa into a shoe factory called Taiwan”. It is ironic that Waters, who famously disparaged former US President Donald Trump at a big concert in Mexico City, calling him “pendejo”, a word that does not need to be translated, himself calls the democratic Taiwan a “shoe factory”.

Waters’s views on China, according to his own words, were shaped in his family home, where both his parents were members of the British communist movement. His father died in the battle near Anzio, Italy, during WW2 when Roger was just a year old (the musician devoted a lot of his material to the absence of his father – obviously while profiting big from sharing this issue publicly – late after he was over 70, which is when his dad would have been around 100 years old).

Waters’s pro-communist, and therefore pro-China views emerge in interviews with journalists. Let us cite here a fairly recent, from August of this year, interview with CNN: “The fact that Taiwan is part of China has been absolutely accepted by the whole of international community in 1948. You’re believing your propaganda, your side’s propaganda. You can’t have a conversation about human rights and Taiwan without actually doing the reading,” Waters said. “The Chinese didn’t invade Iraq and kill a million people in 2003. Who have the Chinese invaded and slaughtered?” – he continued. When a CNN reporter recalled Beijing’s actions against Tibet or the Uighurs, a Muslim minority living in the west of the country, Waters simply said “Nonsense! This is absolute bullshit! Absolute nonsense!” and added that the CNN journalist him should “read”.

Waters encourages western journalists to read, but apparently he wants them to read the Russian press, as can be seen from his statements about the war in Ukraine. In a post on Facebook on September 5, he argued that the president of Ukraine Volodymyr Zelensky was a tool in the hands of “authoritarian, anti-democratic forces of extreme nationalism”. “If I’m not wrong, please help me in my honest endeavors to persuade our leaders to stop the slaughter, the slaughter which serves only the interests of the ruling classes and extreme nationalists both here in the West, and in your beautiful country, at the expense of the rest of us ordinary people both here in the West, and in the Ukraine,” he wrote in an open letter to Ukraine’s first lady Olena Zelenska. By the way, he called the president of the United States Joe Biden a “war criminal” and blamed him for the outbreak of the war. Of course, he did not see the role of Russia’s President Vladimir Putin in this tragedy.

He should not be surprised, then, that when he expresses such radical, hurtful, and simply wrong views in public, the obvious and natural reaction is criticism. Łukasz Wantuch, a city council member in Krakow, where Waters is scheduled to perform in April next year, announced on Facebook that he would take action against the organisation of the event: “Roger Waters, an outspoken supporter of Putin, wants to play at the Tauron Arena in Krakow. On Wednesday we have a session of the city council of Krakow and I will talk to the president and the councillors to block it. Such an event would be a shame for our city. Let him sing in Moscow,” he wrote. The closer to the event, the more statements like this will appear.

At this point, as the author of the column, I would like to urge readers who were considering buying a ticket for the planned concert in Kraków not to do so. First, freedom of speech should make room for even the most ridiculous statements, and no one should forbid Waters to express his pro – Kremlin and pro-Putin views, but the best response to this will be to ignore this pseudo-artistry – stop buying his records and tickets, stop responding to his posts on social media, which because of their controversy and boiling comment sections may have a wide reach. Secondly, his concerts are just a triumph of style over substance – a cacophony of lasers and material that we’ve been listening to for the past 40 years – do you know any other artist that has been touring the world for literally four decades playing just one album (The Wall from 1979), as if he hadn’t created anything noteworthy since then? And thirdly, one can say that Waters is not only a former leader of Pink Floyd, but also a former musician – since he has been completely inactive for years as a creator, he could at least enjoy the time with pleasant guitar sounds like his arch – enemy David Gilmour, but even that cannot be counted on-he is no instrumentalist, and he lost his voice long ago (at the concert his vocal parts are played from playback). And so, to paraphrase the words of this Steven Seagal version among rock dinosaurs (equally compromised, cheap, grotesque and pro-Russian), instead of spending a lot of money on the ticket, it’s better to go to the proverbial bar and drink to the victory of Ukraine and the freedom of Taiwan.

And if someone in 2022 still feels nostalgic for Pink Floyd, then I highly recommend their latest single, so that this name is not associated with the Kremlin. Waters will certainly not get poor, as after all, China and Russia are huge music markets where he recently won many new fans.

The future of Donbas and Ukraine’s energy dilemmas
Energy SECURITY
The status of the so-called people’s republics in Donbas, occupied by pro-Russian forces, is yet to be settled, even though it has been seven […]
More