Sawicki: We are losing control over the global oven. The scale on the thermometer is running out 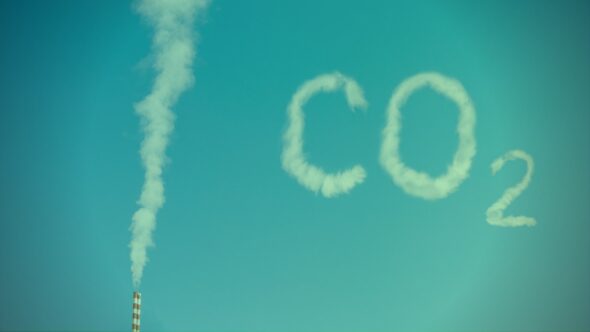 Humans are starting to lose control over the global oven, but the ball is still in our court – suggests the latest analysis of the Intergovernmental Panel on Climate Change (IPCC), which presented a new report “Climate Change 2021: the Physical Science Basis”.

In the 1950s the world switched on the global oven. Every decade the temperature went up, because states wanted to grow their economies quicker and continue their industrial expansion. With what means? That was often a secondary issue. However, today the scale on the oven knob is slowly running out. Humans are starting to lose control over it. Usually when an oven knob is turned it skips 20 degrees, but we as humans don’t have this much comfort. Our margin of error is 1.5 Celsius, which is a lot less than one knob turn. Nevertheless, the ball is in our court.

What does the IPCC report say?

The document is titled „Climate Change 2021: the Physical Science Basis”, and was written by 234 scientists from 66 countries. It was supposed to have been released in April 2021, but the event was delayed due to the COVID-19 pandemic. The report was approved on the 6th of August by 195 IPCC Member Governments during an online session, which lasted 2 weeks, starting on the 26th of July. It was the first time the IPCC has approved its report during an online session.

The IPCC used the strongest language in its history to confirm that humans were responsible for climate change. The first paragraph of the report summary says that “[i]t is unequivocal that human influence has warmed the atmosphere, ocean and land.” The below graphs dispel all doubts:

The climate is changing because of human activity. Graph by IPCC

The harsh words meant that the IPCC has decided to depart from its previous claims, according to which it was “highly likely” that human industrial activity was at fault. The report revealed on Monday, was full of expressions of certainty about humans and fossil fuels causing the global warming.

The report provides details on the possible temperature increases in the future, which will hinge on how drastically the world will curb emissions. However, today we know that even the most severe cuts to global emissions will not prevent a global warming by 1.5 degree Celsius, which is higher than during the time before the industrial period. Yet, without immediate and drastic cuts to emissions, at the end of the century the average increase in temperatures may exceed 2 degrees Celsius. The scientists also put a lens to those events that are seen as less likely, but still possible, and could not exclude that significant events would take place in the so-called critical points, such as the loss of ice in the Arctic or a dip in the amount of forests. According to the most optimistic scenario put forward by the IPCC, the ice in the Arctic Ocean will disappear completely by 2050 at the latest. This region is warming up the fastest on the planet – at least twice as quickly as the global average. Even though the water level in the Arctic Sea changes throughout the year, the minimum level in the summer time has been dropping since the 1970s, and is currently at the lowest level since a thousand years. The melting causes a negative feedback loop where the melting ice makes room for a darker layer of water, which absorbs sun radiation, increasing the warming.

Moreover, serious heat waves that in the past happened every 50 years, now take place more or less once a decade. Tropical cyclones are becoming even stronger. More rain or snow falls on the majority of onshore areas within a year. Serious draughts happen 1.7 times more often. Whereas periods in which frequent fires take place are growing longer and more intense.

The sea level will definitely go up in the next hundred or thousand years. Even if the global warming was halted at 1.5 degrees Celsius, the average sea level would go up anyway by 2 to 3 meters or more. The sea level is increasing more rapidly, because glaciers are melting and the amount of ocean water that is warming them is going up as well. This is causing floods that have nearly doubled in many coastal areas since the 1960s, while by 2100, the so-called coastal waves, which have previously appeared once in a hundred years, are to crop up once a year.

The scientists were unable to exclude extreme increases by more than 15 meters in 2300, if the critical points cause an uncontrollable warming. In other words, the more pressure we put on the climate, the bigger the risk that we will exceed the levels about which we are talking, and which can be only vaguely predicted.

Our “coal budget” is running out

In order to reach the targets from the Paris Agreement from 2015, according to which global warming needs to be curbed at 1.5 degrees C, all parties will have to stick to the emission limit, or, as some would put it – the still available “coal budget”, which determines how much CO2 can be emitted. And here is the most important conclusion from the report – the world is now on the right path to use this “budget” in about a decade.

By mid-19th century 2,4 billion tons of CO2 was released into the atmosphere, and the average global temperature went up by 1.1 degrees Celsius. This means 400 billion tons can still be released, before the coal budged runs out. Whereas today the global emissions amount to a little over 40 billion tons a year.

The report includes detailed prognoses for various regions of the world. So let’s take a look at our continent. Irregardless of the future scale of global warming, the temperatures in all of Europe will be going up at a pace that will exceed the average global changes in temperatures, which confirms previous observations. The frequency and intensity of extreme heats, including marine heatwaves, have risen in the past decades. It is expected that they will continue to go up irrespective of the scenario on GHG emissions. According to the report, the thresholds important for ecosystems and people will be exceeded by 2 degrees Celsius and more. The frequency of winters and frosty days will go down in all scenarios on GHG emissions. The researchers claim that during the global warming extreme rainfall and floods will also soar. Irregardless of the level of the global warming, the relative sea level will go up in all areas of Europe, except for the Baltic Sea. Extreme events at the sea level will become more frequent and intense, leading to more recurrent seaside floods.

What should we do?

The report deals with purely physical issues. It explains what we are up against. However, it won’t tell us how to handle the problems. The questions on the technologies that reduce CO2 emissions, renewable energy sources and nuclear power will be answered in reports that will be published in March 2022.