Siergiej: the local government in Warsaw should do more to convince residents to replace their pollution-generating furnaces (INTERVIEW) 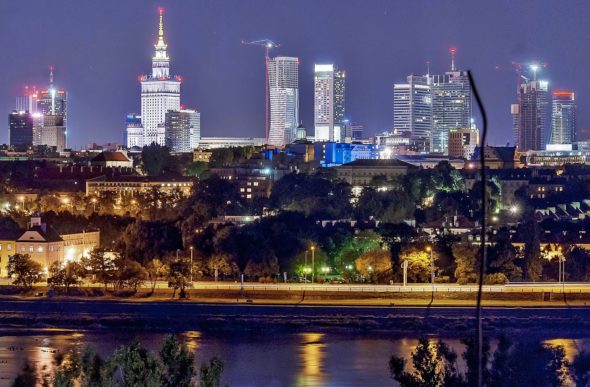 By the end of 2022, still over 14 thousand polluting furnaces will need to be replaced in Warsaw. Although the city has launched a generous subsidy program for residents to change the source of heating, the fight against smog is moving too slow, says Piotr Siergiej, the spokesman for the Polish Smog Alert, in an interview with BiznesAlert.pl.

BiznesAlert.pl: The Polish Smog Alert has called attention to the fact that Warsaw has a problem with the speed of replacing polluting furnaces. What is the current situation?

Piotr Siergiej: The latest news on this issue was presented at the beginning of December – from the beginning of 2021 until November, 547 heat sources were eliminated throughout the city. Perhaps by the end of the year this number has increased to a thousand units. However, I do not think that the number of furnaces replaced in Warsaw in 2021 significantly exceed one thousand.

Does this mean the city authorities have failed in this context?

We believe that both the city authorities and the people of Warsaw have missed a good opportunity. The city has created a fairly good subsidy program, started replacing furnaces at its own buildings. However, this does not change the fact that the city was not able to convince the people of Warsaw to take advantage of the substantial subsidies, it was not able to reach 14 thousand people to convince them to renovate their boiler houses and use the very generous subsidies. In this sense, the city has been inert for three years, when the subsidies were in force. This could have been done differently. When the subsidy campaign was launched, it seemed to us that the replacement of the polluting furnaces would not be a problem for the city and its residents. If a few thousand furnaces had been replaced every year, the problem would be over. However, this did not happen and it is a great pity, because we have 14 thousand furnaces to replace only this year.

What, then, should the city do to convince the people of Warsaw to replace the furnaces and improve the air quality?

Since it was not possible to convince people to replace their furnaces, the approach should be changed. This year the city should organize a very intensive information campaign about the possibility of receiving a subsidy and about the upcoming deadlines. This cannot be done in such a way that a city official would visit a house, hand a leaflet and then move on to another house. The people who will go from house to house have to be knowledgeable and be able to convince the house owners that it is in their own interest. Such a conversation could take even up to an hour – it would be necessary to ask how much these people spend on coal per year, and how they could benefit from the subsidy. This could be done by city officials themselves or by an external company hired for this type of door to door campaign. The point is to show that the owners of such furnaces can receive about PLN 17 thousand to replace them, and the opportunity to use other subsidy programs, such as, e.g. from the National Fund for Environmental Protection and Water Management.

What about enforcing the existing anti-smog laws?

In the Masovian Voivodeship, if someone has a furnace, then they have the right to use it for another 12 months and cannot be punished for it. However, as of 1 January 2023 it will be possible to impose fines. It is clear that we need to prosecute for burning garbage – in such cases the City Guard already has the proper instruments: the regulations have been adopted and they include penalties from PLN 500 to 5000. The City Guard should go around the houses and enforce the law. When it comes to the frequency of inspections and how often the penalties for burning garbage are imposed, these numbers are not high. In Warsaw, the fundamental problem is not the burning of waste, but the burning of coal and wood in the furnaces, which will be legal until the end of this year. We will monitor what the City Guard will do and how it will discipline the residents.

Will wood burning at homes be restricted by law?

At the moment in the Mazovian Voivodeship it is allowed to burn wood with a humidity of less than 20 percent. The exception is the burning of wood in recreational fireplaces, that is, those that are not the only source of heat – using them is banned on smog days when the particulate pollution exceeds the emissions limit. As of next year, the furnaces where wooden blocks, branches, etc. are burned will be banned. It will be possible to use modern pellet boilers.

This year gas prices will be record high. Wouldn’t that make it harder to convince residents to switch from coal-fired to gas-fired boilers?

Indeed, gas prices for individual customers have increased significantly. Of course, for households it will matter. In contrast, little is said about the fact that coal has also risen in price – near Warsaw it costs about PLN 1,600 per ton, a year ago it was about PLN 900. I am not convinced that in this situation gas will be less economical than coal. Nor do we know what energy prices will look like from now on; prices are volatile, both for geopolitical reasons and due to the negligence of which we are victims. In my opinion, citizens will react in a specific way after the winter – they will look at the bills and start insulating their homes. The cheapest energy is the one we didn’t buy. The cost-effectiveness of insulation will increase as energy costs continue to climb. This year there will be a house insulation boom, as people will try to save energy any way possible.