Szydywar-Grabowska: Partial mobilization proves that the war is not going well for the Kremlin (INTERVIEW) 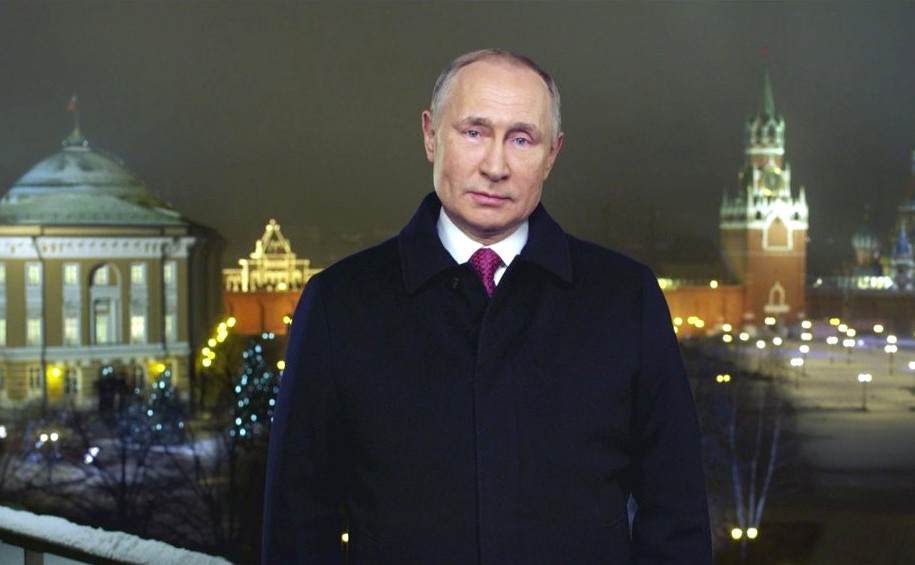 The partial mobilization continues, and so do the protests. The disgruntled society, primarily women are taking to the streets and strongly protest against the sending of their sons and husbands to war, and “mobilization” is being replaced by the slogan “mogilization” with increasing popularity – says Karolina Szydywar-Grabowska, an expert from the Naval Academy, in an interview with Biznesalert.pl.

BiznesAlert.pl: How effective is Russian propaganda? Is it fair to say that it has stopped keeping up?

Karolina Szydywar-Grabowska: Speaking of propaganda and taking into account one of its definitions, which describes it as a deliberate and systematic attempt to shape perceptions, manipulate the thoughts and direct behavior of the audience – it still works. However, at present, the Russian propaganda aimed at the internal audience uses two narratives: undermining the credibility and cohesion of the West, including, above all, the EU and NATO (which are hostile to Russia) and partial mobilization – which has definitely dominated the news for several days. The reaction of the citizens after the announcement of the partial mobilization intensified the propaganda, but also caused a lot of chaos. The initial idea of partial mobilization was to send reservists to the front, but mobilization documents are also given to students, doctors and airline pilots. This is causing reactions. The Russian citizens are beginning to publicly recognize the problems of the “special operation” to use the Kremlin’s language, as their loved ones are drafted into the military. Before Vladimir Putin’s last speech, it was difficult to tell what the attitude of the citizens of the Russian Federation to the actions in Ukraine was, we could only rely on data published by pro-Kremlin public opinion research centers. Independent surveys, if published, did not give the full picture. Recently, the Institute for the Study of War published a map of protests in the Russian Federation. They took place in 27 cities, which shows – like in a lens – the discontent of citizens and their opposition to Putin’s decision. I think that the public manifestation of dissatisfaction with the decision to mobilize surprised the Russian government, but some steps will be taken only after the return of the head of state from vacation. It is significant, however, that the Russian propagandists were silent in the media for several days, which may indicate that the scenario did not go as planned.

The Russian president’s speech where he announced the partial mobilization, included a subplot on the West as the enemy at the current stage of the Russian Federation’s fight against Ukrainian Nazis and a threat of using nuclear weapons. In result of this narrative, the Russians took to the internet where they searched en masse for “leaving Russia”, “avoiding mobilization” and “how to break a hand painlessly”. The topics of the use of nuclear weapons or dissatisfaction with the attitude of the West came to the fore. Returning to the question of whether Russian propaganda is experiencing a slight slowdown, I would answer that it is difficult to determine unequivocally. We do not know the extent of Russian ignorance about military failures at the front. While residents of the largest cities in Russia have limited access to information, residents of the provinces receive specific, filtered information created by the public media. Let us take as an example one of the recent statements of the Minister of National Defense of the Russian Federation Sergey Shoigu that 5937 Russian soldiers have been killed at the front since the beginning of the special operation. This shows that Russian propaganda blocks information about the real situation at the front, and publishes content about the successes of the army and the referendums held in the “liberated” areas. The whole message about the success of the plebiscites /pseudo-referenda in the occupied territories shows the determination of the Russian propaganda machine. It is difficult to say what percentage of the average citizens is able to get out of this information bubble. Telephone conversations of Russian soldiers with their families intercepted by the Ukrainian army and publicized, reveal that the soldiers do say what is really happening, and families listen in disbelief to their loved ones, which is another manifestation of the level of effectiveness of Russian propaganda.

Do crowds of people at airports and border crossings in Russia testify to the failure of Russian propaganda? Did people know the truth about the “Russian special operation”?

I think that the very message and the introduction of partial mobilization shows that this war is not going as the Kremlin expected. This is the third mobilization in Russia in the 20th and 21st centuries. This shows the importance of the event and the attempt at saving the situation at the front. Russian experts point out that the Kremlin could interfere heavily in the country’s reforms, as long as it did not directly affect the average citizen. The decision on the partial mobilization has crossed the unwritten line of social acceptance, because it dictates the recruitment of young men: sons, husbands, fathers or brothers, and imposes separation and condemns thousands of people to an unknown fate. This has led to a situation where citizens, fearing being sent to the front, are trying to avoid military service in every way. The spike in plane ticket prices or lack thereof, crowds at airports, queues at border crossings increase the fears of people who cannot afford to leave the country. It should be noted that the opportunity to leave is a privilege, since in Russia only 29 percent of the population has passports. In addition, as reported by the Russian “Kommersant”, the authorities of one of the regions, realizing that often men are the only breadwinners, announced a financial gratuity of RUB 300 thousand (just over PLN 25 thousand) for families drafted into the army as part of the mobilization. On the other hand, the day before the announcement of the partial mobilization, the government had updated the Criminal Code and tightened the penalties for avoiding mobilization or not extending the contract. We can assume that the Kremlin considered various scenarios and took into account the potential problems of insubordination. The general chaos and errors in the issued mobilization cards are a source of opposition from state-owned companies. Drafting employees of companies that are responsible for the functioning of the Russian economy is a proverbial “shot in the foot”. We hear about mobilization lists for pilots of domestic airlines or employees of collective farms, where crops are currently being harvested. In the latter case, this is the most important time of the year and a shortage of employees can cause huge consequences.

Can the wave of protests in Russia impact Putin’s collapse?

This is a very difficult question and there is no clear answer to it. The partial mobilization has been going on for several days, as have the protests. Protests are nothing new in Putin’s Russia, and despite that he has been in power for 20 years. The situation is dynamic and it is difficult to say what will happen in the future. Certainly, the mobilization has reanimated the internal problems that Russia has been struggling with for years. It should be noted that the protests occur not only in the main cities – Moscow or St. Petersburg, but also in such republics as Dagestan and Yakutia. The disgruntled society, primarily women are taking to the streets and strongly protest against the sending of their sons and husbands to war. And “mobilization” is being replaced by the slogan “mogilization” with increasing popularity. Certainly, the current events exacerbate the already considerable economic problems of the Russian Federation. Prolonged costly “spec ops,” EU sanctions, significant ruble depreciation and large stock market fluctuations are pushing the Russian economy into a corner from which it will be difficult to get out. All these factors mean the decision makers in the Kremlin have a lot of work to do and have to make more or less popular decisions.

Ukrainian offensive precious as oxygen
SECURITY
The success of the offensive in Kharkov is valuable for Ukraine on many levels. It was needed not only by the government in Kiev, soldiers in the […]
More

100 days of the Russian invasion on Ukraine are behind us, but we are still facing a long march
SECURITY
More than 100 days of regular war caused by Russia’s illegal aggression against Ukraine have passed. While the war serves no one, the success […]
More