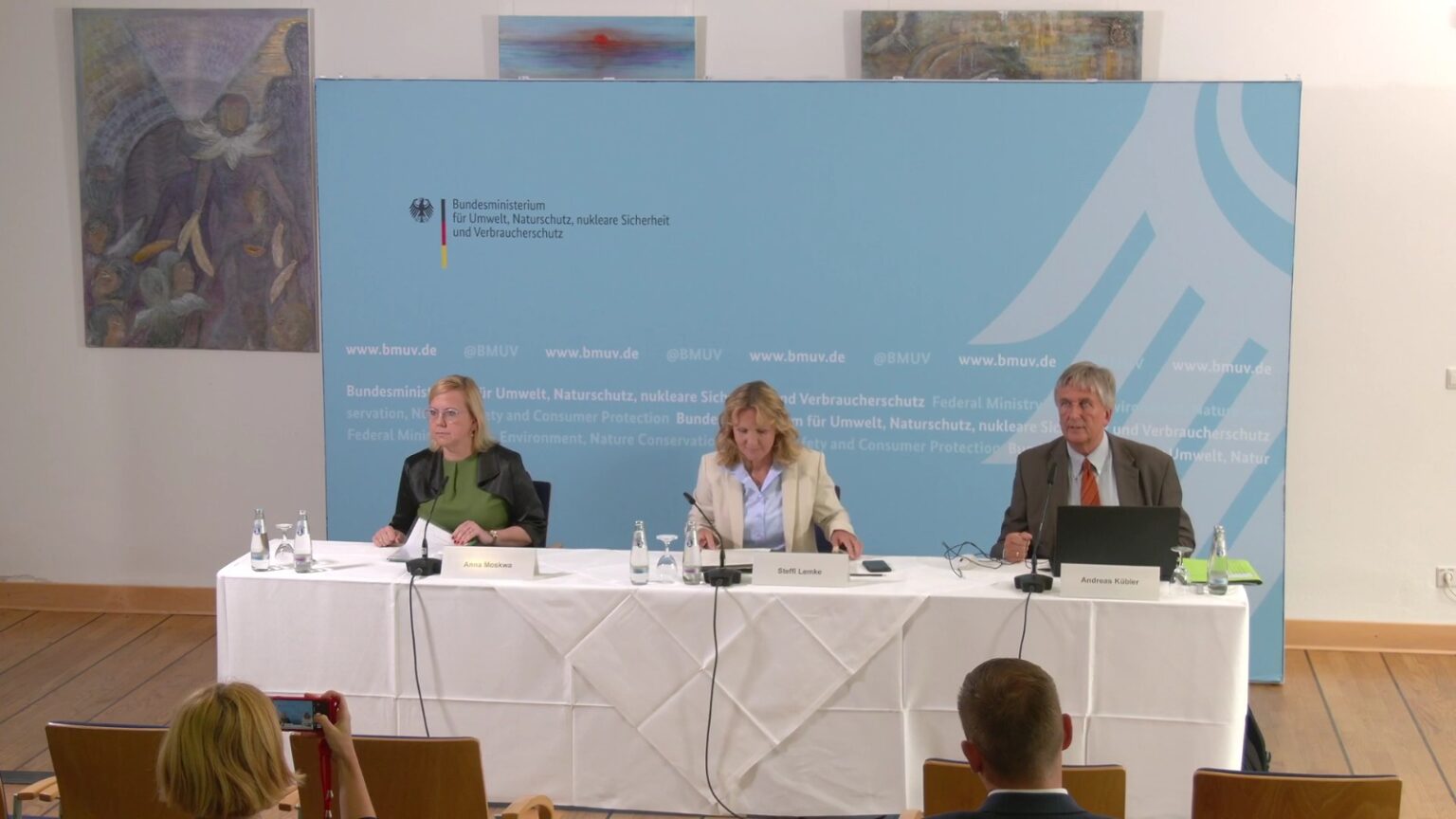 We are still waiting for the report of the Polish-German working group that will explain the causes of the natural disaster on the Odra river. According to the Polish Minister of Climate and Environment Anna Moskwa and her German counterpart Steffi Lemke who held a press conference in Bad Saarow near Berlin, the document is expected to be ready at the end of September. The event stirred strong emotions among publicists and politicians on both sides of the river, but the case has also revealed a deeper problem – writes Michał Perzyński, editor at BiznesAlert.pl.

Disaster on the Odra

During a press conference in Bad Saarow, Germany’s Environment Minister Steffi Lemke announced that “together with Poland we can take [steps] to restore the severely damaged ecosystem of the Odra river.” “Cooperation with Poland in such cases should be improved, so that such disasters can be prevented in the future,” Lemke said. German environmental organizations have also sounded the alarm that the matter was very serious; WWF has found, for example, that a large section of the river has been poisoned. The events on the Odra cast a shadow on the already bad Polish-German relations. The governments criticized each other: Germany admonished the Polish information policy, primarily because Warsaw informed Berlin too late about the threat, and the Polish government spoke of “fake news” that originated in Germany, referring mainly to later debunked reports about a high mercury content in the disaster area.

Nevertheless, the press conference in Bad Saarow had good atmosphere, and both sides stressed the need for dialogue and cooperation in handling the disaster. “It is clear that this is the result of many circumstances, including human errors. A number of factors could have led to this. One of them led to an increase in salinity at high temperature and low water level, and this led to the blooming of golden algae in an extremely fast way,” said Lemke. She added that toxic substances produced by the algae and low oxygenation led to the disaster. “When we find the cause, I hope we can figure out who made the mistake. Once we have the results, we will have to draw the consequences for the future,” added the German Environment Minister.

Meanwhile, minister Moskwa said that “the Odra has been incorrectly regulated and we need to fix it, so that it regains its momentum”. “In Poland today we are faced with the myth of regulating rivers, which we associate primarily with concreting the Rhine or Elbe. Now technologies are different than, for example, 20 years ago,” she said. She added that these are non-invasive and often invisible technologies. She argued that leaving the river only to natural processes would be irresponsible due to the risk of flooding, because-as she stressed – “we are talking about people’s lives”. She also noted that the ongoing investment activities on the Odra river are primarily intended to eliminate flooding. “These are actually corrections, modernization works, it is about restoring the river’s dynamic current,” she stressed.

The discussion on the natural disaster has brought to light the differences of interests between Poland and Germany as to what role the Odra should play in the future. Poles want to adapt the river, so that it can serve inland navigation to a greater extent, while Germany’s Environment Minister, emphasizes the need for its naturalization. “It is not yet possible to assess the extent of the damage to the valuable ecosystem of the Odra. In this context, in my opinion, the development of the Odra is very problematic and must now be stopped, ” Lemke argued in an interview with the German News Agency (dpa).

Talks between Poland and Germany about the expansion and deepening of the Odra have been going on for years. The basic element here is the German-Polish government agreement of 2015, which stipulates that at the border or for most of the year the river should be at least 1.8 meters deep. It is primarily about flood protection-during meltdowns at the turn of winter and spring, the German-Polish fleet of icebreakers should have sufficient depth to be able to reach ice barriers, behind which water is piled up. Environmental organisations argue that this is a pretext to adapt the river to the development of inland navigation. With the extension and construction of new groynes, i.e. piles of boulders projecting into the river almost at right angles to the shore – the main flow of the Odra would be pushed inward, deepened and accelerated. At the same time, environmentalists are concerned about the fact that this would make the river plunge deeper into its bed. That would lower the water level and threaten the flood plains. The Lower Oder Valley National Park in Germany would suffer because of that. Apart from waterfowl habitats, peat bogs would also suffer, which would emit more greenhouse gases if they dried up.

The investment that Germany now fears is a project called “Modernization Works on the Border Oder to Ensure Winter Icebreaking – Sections 1, 2 and 4”. As the Polish Ministry of Infrastructure reported in 2020, “this is one of the biggest tasks currently carried out by Polish Waters”. “This is the first major investment on this stretch of the Odra river in decades. This will ensure a depth of 180 cm for most of the year. This is very good news for the inhabitants of the towns directly protected from flooding, but also for Szczecin and the entire Odrzańska Waterway. It will increase the level of security of the region,” said two years ago the deputy Minister of Infrastructure Marek Gróbarczyk, commenting on the signing of an agreement with the Center of EU Transport Projects to finance the project. Its purpose was to improve navigation conditions on the border Odra and to adapt the waterway to the 3rd class, which was to ensure the prevention of degradation of the Odrzańska Waterway. “The works will reduce the number of places where congestion may occur,” the Infrastructure Ministry explained two years ago.

The work started in March this year, against which the German land Brandenburg protested, as the Odra river is its eastern border. In mid-June, the Provincial Administrative Court in Warsaw overturned last year’s decision of the Director General of Environmental Protection, who did not agree to suspend the decision of the Regional Director of Environmental Protection in Szczecin, which allowed Polish Waters to proceed with the above-described investment on the Odra river. In a joint statement, German environmental organisations Deutscher Naturschutzring, NABU and Bund für Umwelt und Naturschutz welcomed the decision of the Warsaw court. “The verdict against the Polish government is an important message. For the first time, in connection with the progressive development of the Oder along the Polish-German border, the Polish environmental protection authority was obliged to take into account the cross-border effects of the project on protected species and habitats and to take on its responsibility for the biodiversity crisis. The free-flowing Odra, with its important services for diverse ecosystems and for the protection of the natural climate, remains secure for now, ” said Florian Schöne, director of the Deutscher Naturschutzring (DNR). It was in the middle of June, when there was still no talk of the mass dying of fish in the river.

Political aftermath of the Odra disaster

However, the ecological disaster on the Odra changed a lot in this regard, and certainly provided arguments to the German government to stop investments that facilitate inland navigation on the river – according to Berlin, now is not the time for major infrastructure projects, but to restore life to the river. This, in turn, angered Warsaw – it seems that after the declarations of cooperation on explaining the origins of the disaster and the generally good impression from the conference in Bad Saarow, little was left. On Thursday, September 1, the Minister of Climate and Environment Anna Moskwa strongly criticized the policy of the German federal government: “The law-abiding Germans do not implement and do not intend to implement the signed and ratified agreement from 2015 on flood protection on the border Odra river, and not only that – they have been demanding this from Poland for a few years. No National Recovery Plan for Germany,” she wrote on Twitter.

Three days earlier, the Deputy Minister of Infrastructure Marek Gróbarczyk also tweeted that “the revitalization of the Odra is a priority for us, because we need to protect our country from drought, floods and water shortages.” “Any actions of the German side blocking any investment associated with this is a blow to the economic development of Poland,” Gróbarczyk stated.

When it comes to good news, yesterday the lubuski voivode reported that on the stretch of the Odra in this province the water has returned to normal, and the situation is stable. However, there is no doubt that the very fact that the disaster occurred, and the cooperation between the relevant services on both sides of the river was not the best, also on the Polish side, will certainly not facilitate talks with Berlin about the investment about which Poles care so much.