The new EU sanctions will hurt, but not kill Lukashenko’s regime 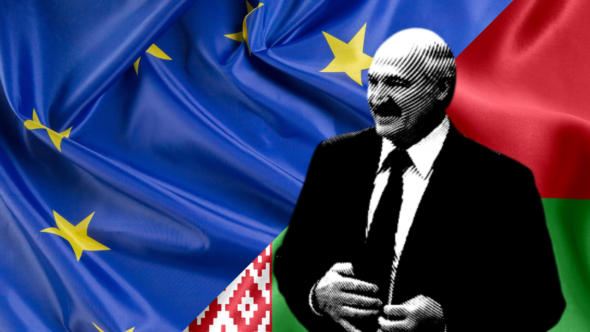 On the 24th of June, the EU introduced a regulation of the Council of Europe on imposing new sanctions against Belarus for human rights violations. This time the bloc decided to undermine Belarusian economy. Will the sanctions be effective? – Mariusz Marszałkowski, editor at BiznesAlert.pl, writes.

What are targeted sanctions?

Economic sanctions, also called targeted, are very rarely used in international relations. They are imposed for serious violations and their adoption involves a particular consensus. This is because the sanctions are a double-edged sword, and hurt both the entity on which they are imposed and those who introduce them. Currently the list of states that are affected by targeted sanctions is rather short. It includes Russia, punished for the annexation of Crimea and aggression on Ukraine, Iran for violating the nuclear deal, North Korea for research on nuclear weapons and human rights violations, as well as Venezuela also for human rights violations and election fraud. Now Belarus has officially joined the club. At this point only the EU has decided to introduce the targeted sanctions. The US is set to adopt a package of economic sanctions against the regime in Belarus soon.

The EU sanctions are one of the most severe kind of restrictions the bloc could have picked. The impacted sectors of Belarus’s economy include the petrochemical and refining industries, as well as finances and telecommunication. Additionally restrictions have been imposed on the military sector and the so-called dual-use goods, i.e. technologies that can be used both in the civil and military sectors.

In case of the petrochemical and refining industry, which is responsible for a lion’s share of Minsk’s state revenue, entities from the EU are banned from purchasing specific goods, participating in their brokering and transit outside of the EU.

The banned goods include oil extracted in Belarus. According to Belorusneft’s plan, in 2021 as much as 1.7 million tons of oil is to be produced in Belarus. This volume covers a little under 10 percent of the annual demand at Belarus’s refineries, but the majority of the production, about 600 thousand tons, is sold abroad anyway, mostly to Germany. Apart from the oil, the restrictions have also impacted, among others, petroleum products that have at least 70 percent by weight of petroleum oils. Those include, e.g. motor fuels, heating oils, grease. Moreover, Belarus will not be allowed to sell various kinds of gaseous hydrocarbons, e.g. LPG. Apart from that, the sanctions have been also slapped on wax, paraffin, petroleum coke, bitumen, asphalts and tar.

In 2020 Belarus exported to the EU goods worth over EUR 5.5 billion, out of which about 20 percent constituted oil products. It is worth stressing that the figure for this sector dropped by 40 percent last year in comparison to 2019. Of course, this has been caused by the COVID-19 pandemic and the subsequent limitations imposed on transport, which lowered the demand for fuels. During the first quarter of 2021, Belarus sold to EU states 1.5 million tons of petroleum products (the total export was 2.5 million tons and the other recipients were Ukraine, Russia and Great Britain) worth over EUR 550 million.

Another segment of Belarus’s economy, which has been impacted by the sanctions is the fertilizer industry. According to the Council’s regulation, EU states and companies will not be able to buy or transport via EU territory and then resell fertilizers that include potassium, nitrogen and phosphorus, as well as potassium chloride whose K20 content is less than 40 percent of the weight, and K20 content that is over 62 percent of the weight (technical potassium used in the steel and metallurgic industry). The list also includes potassium chloride that has 60 percent of K20. This kind of potassium is used in agriculture. Last year Belarus’s fertilizer industry exported goods worth USD 2.3 billion, out of which products worth USD 196 million went to the EU. Belarus’s biggest fertilizer company Belaruskali, which provides 20 percent of the world’s potassium chloride supply, each year exports over 10 million tons of its products via the port in Klaipeda in Lithuania. Due to the EU sanctions this transport route will have to be replaced with a different one. It is very probable that the goods will be shipped via a Russian port.

The bank and credit sectors have been also affected by the sanctions. According to the new EU restrictions, the bloc’s financial institutions are not allowed to grand loans and purchase debt securities of state-owned entities and companies where the state owns over 50 percent of shares. Targeted sanctions have been also imposed on Belarus’s three biggest banks – Belarusbank, Belinvestbank and Belagroprombank. The ban on financing also applies to the European Bank for Reconstruction and Development, which in 2020 invested EUR 183 million in 8 projects, all of which were actually implemented by private entities. In 2020 no financial support was granted to a state institution because no reforms had been introduced. The recent restrictions will also impact the European Investment Bank, which invested EUR 550 million in Belarus in 2020. When it comes to the telecommunications sector, the ban on cooperation applies to those areas, which may help the regime to persecute its citizens. European companies will not be allowed to provide equipment used for surveillance, tracking phone calls, monitoring the internet and instant messaging.

The sanctions introduced on the 24th of June are undoubtedly the biggest attempt at undermining Alexander Lukashenko’s regime in history. They target those sectors of Belarusian economy, which are responsible for bankrolling and consolidating the regime in Minsk. They also send a message about the EU being determined to change the situation in Belarus, despite some EU members, e.g. Austria, objecting. After years of the bloc pursuing a conciliatory approach towards the regime, which has not improved the situation of the Belarusian opposition and has not normalized the relations with Minsk, the EU has decided to start using a “stick” in the form of the economic restrictions. Previously, experts on the EU-Belarus relations had been criticizing Brussels, claiming it did not do enough and was not tough enough.

However, it is difficult to tell whether the recent sanctions will be the proverbial final nail in the regime’s coffin. We should remember that for years Belarus has been a sanctioned country, and at the same time it has been the intermediary for trade relations between the EU and Russia, which has been under a sanction regime for six years now. Belarus has developed a scheme to help Russia to circumvent the restrictions, and at the same time it was allowed to profit from this help. Today it is Moscow that could offer a helping hand to Minsk, of course not unselfishly.

Since February Belarusian petroleum products have been shipped to Russian ports to be distributed across the world. Most certainly Belorusneft is in talks with Russian companies, e.g. Russneft, which belongs to the Safmar group, about reexporting Belarusian petroleum products under the Russian company’s logo, which will make it possible to bypass sanctions. This will undoubtedly lower the profitability and revenue, but it will prevent this sector of Belarusian economy from collapsing. Apart from that, one of the main clients of Belarus’s refineries are companies from Ukraine, which in 2020 spent over USD 2 billion there. Since Ukraine does not have a refining industry at all, it must import fuels from abroad. Belarus was the obvious choice as it has significant production surpluses and offers an attractive price. It will be difficult for Ukraine to find a replacement for the Belarusian products. It is impossible for Kiev to make purchases in Russia for political reasons, whereas Polish refineries do not meet the local demand for fuels, which is why Warsaw needs to import certain kinds of fuels, including LPG and petrol, from, e.g. Belarus.

In case of the fertilizer sector, 10 percent of Belarus’s exported fertilizers, including potash, ends up in the EU. The majority of the production is sold in Asia and South America. Again, the fact that the fertilizers will need to be shipped via Russian ports will decrease their profitability, but it will prevent the Belarusian companies from going bust. In case of the financial sector the situation looks worse. According to data from the National Bank of Belarus from the 1st of April, out of the USD 41.1 billion foreign debt, 18.1 billion needs to paid off by the state, 5.1 billion by the banking sector and 14.9 billion by companies, mostly state-owned. However, the financial sector has been experiencing problems with acquiring new funds from debt securities already since last fall, when the European Parliament called on EU banks and financial institutions to redefine their cooperation with Belarus. This is why the decision from the 24 of June has sealed Lukashenko’s tough financial predicament. However, in this case help may be provided by Russia as well. Belarus’s Finance Ministry has revealed it wanted to sign cooperation agreements on trading state bonds with 10 Russian banks, which will limit the losses to a degree.

To sum up, the EU has finally reacted the way it should. Election frauds, persecuting the opposition and the bold plane kidnapping had to be severely punished and targeted sanctions are the way to go. Together with the recent sanctions imposed on 8 businesses, including the car company MAZ, the targeted sanctions have a really significant impact. However, one cannot expect that they will inch Belarus closer to changing its government. This can only happen if Russia decides that supporting Lukashenko is too costly and his arguments are too weak to continue opposing, e.g. further integration with Russia. Yet, this is not the result the EU is hoping for after introducing the sanctions.

Polish Briefing: Gazprom is still delivering gas to the Donbass
Polish Briefing
What goes on in Poland on the 17th of August. Related posts: Sanctions, oil and gas – Russia’s strengths and weaknesses Polish Briefing: The […]
More