The tech war will decide who will be the semiconductor kingpin 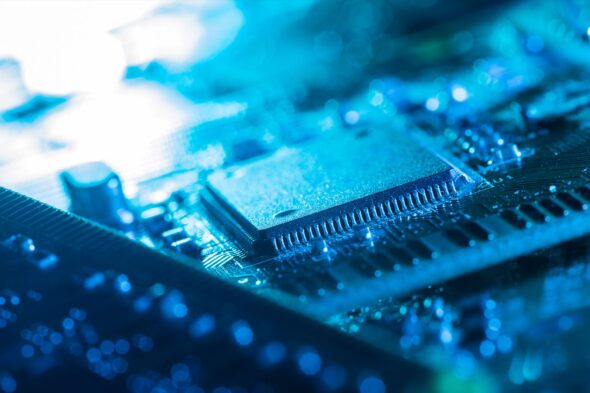 The past year has been marked by a technology war in Asia, where China and Taiwan are at loggerheads. The latter is aware of its position in the world and does everything to strengthen it. Enter the European Union, which has finally seen the spectre of an impending threat – writes Jędrzej Stachura, editor at BiznesAlert.pl.

Until a few months ago, the European Union was not too concerned about the dispute in the Taiwan Strait. The quarrels between China and Taiwan seemed to be a little on the side, as if they did not concern the Europeans. Perhaps the commissioners decided it was a far, different culture, besides, the Americans were involved in the issue, so it was not their problem. However, reality finally caught up with them in January 2021, when the EU came up with some ideas and the beginnings of a law on chips. So now we have a date and percentages, as is often the case with European Union projects, but there are few specifics. Apparently, we need to wait for them until February. European Commission President Ursula von der Leyen has provided a list of five areas that are up for change, but it only includes general slogans about innovation and technology (with one exception).

Will Taiwan wait for Europe?

No, the Taiwanese have never waited, and will not wait ever. Now Taiwan will promote itself as an ideal place for investments for foreign chip suppliers and at the same time will attract talent to the island. The government of Taiwan plans to introduce a new program, which will draw to the island foreign engineers and suppliers of equipment needed for the production of chips. The government will also encourage domestic companies to develop technology in these areas. Developing a local supply chain can be of great importance in supporting the growth of companies such as Taiwan Semiconductor Manufacturing (TSMC), which produces most of the chips in the world, from phones to electric vehicles.

This move shows that building a strong semiconductor supply chain in the country has become Taiwan’s top priority after a shortage of chips crippled global car and electronics manufacturing. The crisis has exposed the vulnerability of economies to semiconductor shortages and the dependence of much of the world on Asian producers.

Taiwan stresses that it will support the efforts of local companies to develop expertise in semiconductor manufacturing equipment. The move is intended to allow the Taiwanese to produce more locally, while strengthening this industry could further emphasize their independence from China.

Mark Liu, president of TSMC, one of the largest semiconductor manufacturers in the world, said that his company in the near future would continue to rely on equipment designed abroad. Taiwan does not hide that it was able to become a technological leader thanks to close cooperation with manufacturers from the United States, while the American know-how, combined with the cheap, fast and high-quality production provided by the Taiwanese, made it possible for the latter to gain the upper hand over China. Now they began to offer good terms to chip manufacturers, encourage the construction of plants and the development of state-of-the-art technologies on the island. In addition, they are trying to support and attract engineering talent.

US immigration rules are likely to be relaxed for people with the right scientific and engineering skills to travel, work and exchange knowledge freely.
The threat to Taiwan’s position is the world’s fear of the consequences of the pandemic and chip shortages. Countries realized that relying on one source of semiconductors is unreasonable and talk about their own production. More and more often we hear about ambitious plans of China, Germany, Japan and the United States, which want to build their own factories. In short, the race to strengthen domestic semiconductor production has begun and Taiwan wants to take pole position at the start.

The European Union is coming in with legislation. Will it work?

In the second half of January 2022, the president of the European Commission (EC) Ursula von der Leyen announced a new European law on chips. She stated that Europe needed to raise the bar firmly on the development, production and use of semiconductors. According to the EC, the supply of microprocessors to the old continent means dependence and uncertainty, especially during the pandemic, which has increased the demand for high-tech products, for instance for remote work.

The law, which will be presented at the beginning of February, is intended to increase the production of microprocessors in Europe in response to growing demand. It is easy to conclude that this move is also intended to reduce dependence on suppliers outside Europe.

Europe’s share of the global semiconductor market is now only 10% and most of the supply comes from non-continental producers. The plan is that European countries start production as soon as possible, and by 2030 this figure will rise to 20 percent. It would seem that ten percent growth is not so much, but keep in mind that, according to forecasts, by that time the world manufacturing will double. The idea is therefore ambitious, because it involves a fourfold increase in the current production of chips in Europe.

The task that the Union has set itself is not easy. The construction of a new plant can take about two years, and it should be remembered that now such plants are more expensive than a few years ago and require more and more advanced technology. It is difficult to count on quick solutions in this matter, therefore the Taiwanese dream of riding in front of the peloton may still take time to come into fruition. The European Union has something to think about and must strive to create a system as effective as the aforementioned exchange of ideas between America and Taiwan. Americans have long been active on the island, they are interested in the technology of the Islanders and the threat from China. In this way, they build the trust that is essential in this kind of cooperation. The question is whether Europe will be able to create an equally effective model.