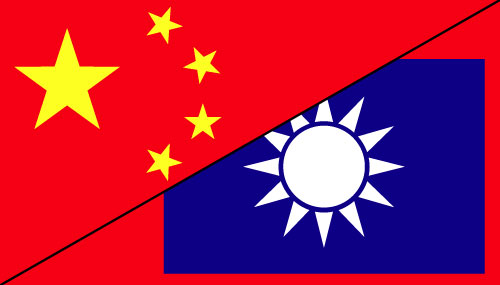 At a time when the world needs access to vast resources of semiconductors, rising tensions between the US and China threaten to impede the free movement of goods. The struggle for technological dominance between the US and China coupled with the strong position of Taiwan, are taking their toll on the industry and international relations – writes Jędrzej Stachura, editor at BiznesAlert.pl.

Global shortage of semiconductors and the war of nations

We are witnessing a growing demand for semiconductors across the world, and the market is facing a crisis. Problems with the supply of semiconductors, caused by the downtime during the coronavirus pandemic, have hampered the production of new vehicles and electronic devices for more than a year. Economic and national security issues are at stake, as many US companies depend on chips made abroad, especially in Taiwan, which China has long considered its territory.

The United States must take a long hard look at this situation. The shortage of chips is proving to be both a business obstacle and a serious national security problem for the United States. It is expected that the shortages will soon recede, as many manufacturers are expanding their production, but the main problem will be long-term supply. The Americans want to create a supply chain that is more geographically diversified, which is visible in their plans on semiconductor production.

Currently, Samsung is trying to build a new semiconductor factory worth USD 17 billion in the United States. It will be the largest foreign direct investment in the history of Texas. The company announced that it will start construction next year, and the plant is expected to start operating in the second half of 2024. The electronics giant chose this location based on a number of factors, including the stability of the local infrastructure. Since the late 1990s Samsung has had a chip factory in Austin, Texas, but most of its facilities are located in Asia.

According to the Semiconductor Industry Association trade group, the US share of the global chip manufacturing market has fallen from 37 percent in 1990 to 12 percent today. President Biden’s administration is pushing for Congress to pass a chip bill to boost the production and research of computer chips. The new provisions would create a tax credit for investments in semiconductor plants, as well as new jobs, and reduce concerns about future supply and build a greater advantage over economic rivals such as China.

Increasing the production of semiconductors is critical to US national and economic security. This is illustrated by the current market situation, where many manufacturers have signalled their interest in expanding their operations if the US government is able to facilitate the construction of plants.

Micron Technology, based in Idaho, wants to invest USD 150 billion over the next decade to expand production worldwide, and plans to expand production in the United States if tax breaks will compensate for the higher production costs there. Intel, the giant from California, has called on the administration to inject the subsidies into American companies. The company plans to invest USD 20 billion in two new plants in Arizona. Taiwan Semiconductor Manufacturing (TSMC) has also taken this road and is building its own plant there.

European countries are also thinking about producing semiconductors, so that they are made closer to the place where they are used. The precarious situation in the Taiwan Strait is making Europeans think about acting on their own.

At the beginning of November, the European Commission (EC) announced that it may approve the financing of the production of semiconductors in the European Union. The EC is to present a new law on chips, which will aim to create a common, modern ecosystem of chips, including their production. This would allow the Europeans to sleep peacefully without worrying about the security of supply. Such an operation can be a bridge for European technology and opening up new markets.

Accelerator of bad relations and Taiwan on the radar

In recent years, relations between the US and China have become increasingly strained, and the coronavirus pandemic has in a way accelerated this trend, as it affects the semiconductor and electronics industry. China needs this technology to achieve its goal, which is undoubtedly to dethrone the Americans as production leaders. In turn, the United States needs control over semiconductors to maintain this position. An era is coming to an end, because China, which once imported a lot of chips, is now investing to become self-sufficient. This means the US and the European Union want to separate themselves from Asia and also be able to rely on themselves.

Taiwan is in the middle of this conflict, and its “disadvantage” is its geographical location and strong position in the production of semiconductors. The Americans are concerned about Chinese influence in TSMC, the Taiwanese chipmaker. If the Chinese, who regard Taiwan as their territory, were to take over the company, they could decide who gets the semiconductors. This is why in January, TSMC began construction of a semiconductor factory in Phoenix, which will only be opened in 2023.

Taiwan’s role in the global economy has remained under the radar for many years. It has recently surfaced, because the automotive industry has suffered from a shortage of chips used to make electronics. Car manufacturers, including Volkswagen, Ford and Toyota, were forced to stop production and stop factories. The appeals of the automotive industry show that TSMC has provided Taiwan with political and economic influence in a world where technology plays a huge role. The importance of the island in the rivalry between the US and China suddenly became too great to ignore.

Therefore, it could be argued that Taiwan has a grip on the semiconductor industry. Despite the threat of invasion from Beijing, it is a point in the global supply chain that gives rhythm to the plans of the major powers. The moment has come when the world must play under the dictate of the Taiwanese.