Wacławski: More choice thanks to LNG from the US will lower gas prices in Poland (INTERVIEW) 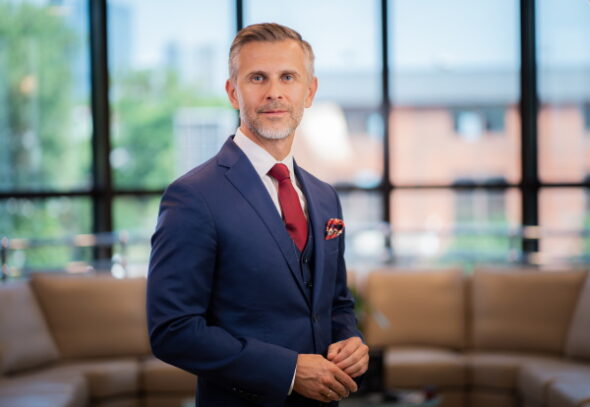 Przemysław Wacławski, Vice-President of the Management Board for Finance at PGNiG explains in an interview with BiznesAlert.pl his company’s agreement with US’s Sempra on new LNG supplies. “Diversification remains the key. Thanks to it, we increase security of supply and do not allow one player to gain such a position as to be able to blackmail contractors or manipulate the market and the price of gas,” he says.

BiznesAlert.pl: What is the significance of the preliminary contract between Sempra and PGNiG?

Przemysław Wacławski: This agreement defines the most important conditions of the final contract: prices, volume, duration, pick-up points. The agreement itself is a very detailed document, so its preparation will still take time, but the basic propositions have been already established.

Before starting the deliveries, both Poland and the US must prepare the necessary infrastructure. We want to coordinate these activities. The LNG for PGNiG is to come from two liquefaction terminals: Cameron LNG, which needs to be expanded, and Port Arthur LNG, which needs to be built. At the same time Poland should increase its own capablity of liquefied receiving gas. We need to have a second LNG terminal in the Gdańsk Bay. Its launch is planned in 2026, 2027, that is, when Sempra will have new export outlets.

How does this new contract rank in relation to the PGNiG portfolio?

In general, our contracts for the supply of American LNG are indexed to the Henry Hub in the USA. We cannot comment on the details, but we can say that PGNiG uses arbitrage between prices at Henry Hub and the TTF exchange in Europe.

What are the chances of re-exporting LNG from the USA through Poland?

It does not have to be just physical deliveries through Poland. Of course, this is possible and we have the ambition to make our country a regional gas trading centre, especially after the expansion of the LNG terminal in Świnoujście, the launch of the floating terminal in the Gdańsk Bay and the Baltic Pipe. We are also developing our own fleet of tankers, which will allow us to trade gas around the world. This is a unique opportunity and a new stage for PGNiG. We want to be a global player. Although the priority is the security of supply to Poland, so the main direction will remain our country, thanks to our own fleet we will be able to send gas to Asia, for example, if there is a good price.

What are the prospects for the security of gas supplies to Poland before next autumn?

At this point Poland is safe. We have gas reserves in the country reaching 90 percent of our storage capacity. PGNiG began to collect them immediately after the Russian invasion of Ukraine-also thanks to the fact that we increased the pace of receiving LNG cargoes. Now almost all of Europe is looking for LNG to reduce dependence on gas from Russia. More terminal construction projects are being announced, and a search is underway for suppliers and ships to carry cargo. We already have that.

Until recently, Poland has been obsessed with endless discussion about whether it would be worth returning to “cheap” gas from Russia. But is it really cheap?

For Russia, gas is not an ordinary export product. It’s a political tool. Therefore, the impact of this policy must also be assessed. The second thing is security of supply. The risk associated with deliveries from Russia is too high. The situation this year proves it. Diversification remains key. With it, we increase security of supply and do not allow one player to gain such a position as to be able to blackmail contractors or manipulate the market and the price of gas. This is the way Europe should follow.

PGNiG: Ærfugl field production at full capacity
GAS pgnig
PGNiG Upstream Norway, together with its partners, launched another two wells on the Ærfugl field in the Norwegian Sea. Thanks to the completion of […]
More

PGNiG: Discovery of light oil in the Norwegian Sea
GAS pgnig
PGNiG Upstream Norway and its licence partners successfully completed a wildcat exploration well on the Egyptian Vulture prospect in the Norwegian […]
More