Wolski: Russians are waging a war of material attrition (INTERVIEW) 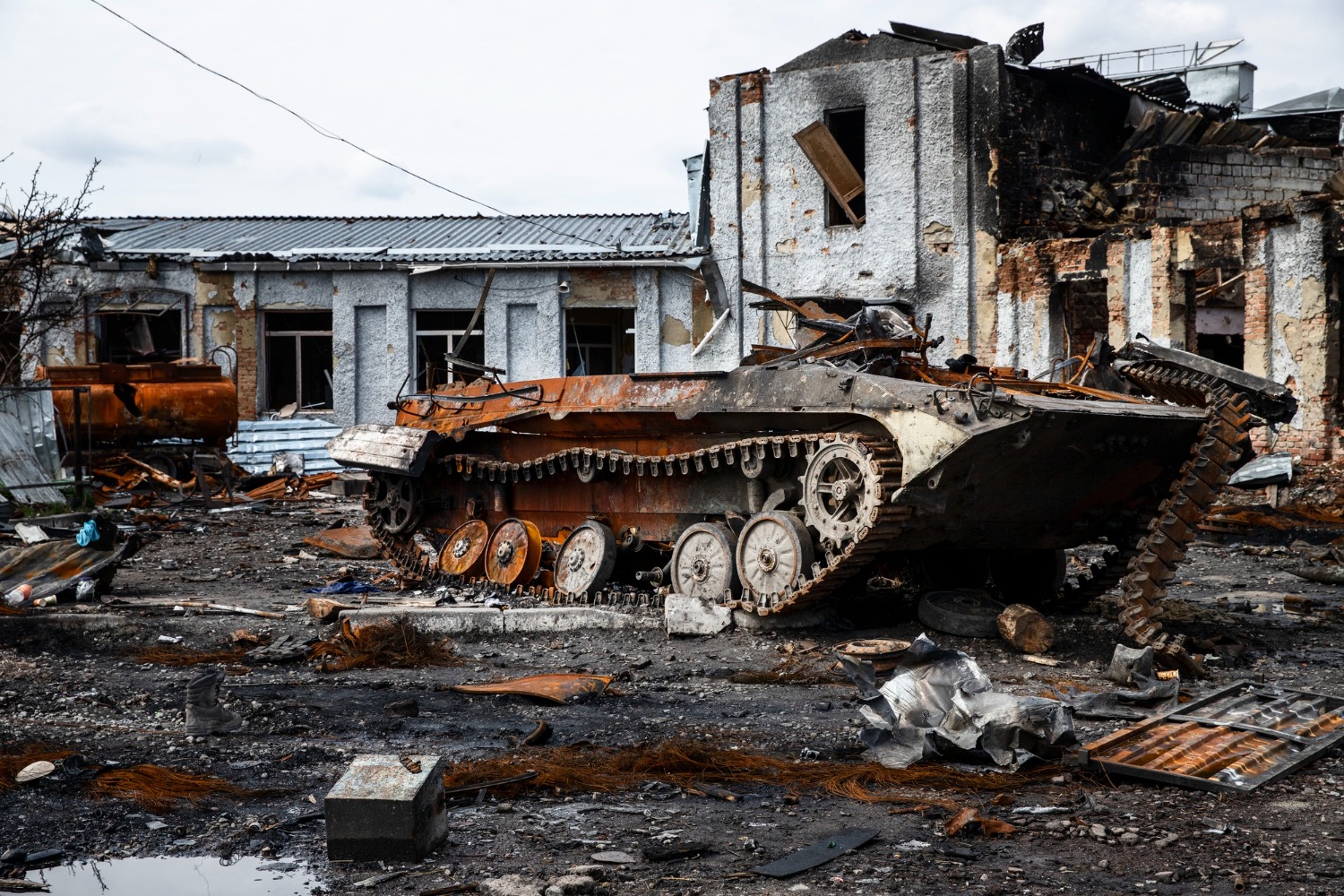 Russians are disregarding their casualties to impose on Ukraine their way of fighting. Their tactic is all about material attrition, this is how they are buying time to rebuild troops, and thwart Ukrainian plans for counteroffensives – says Jarosław Wolski, political scientist, journalist, civilian expert on the military, in an interview with BiznesAlert.pl.

BiznesAlert.pl: In recent weeks many Western countries have decided to support the Ukrainian army. These new forms of assistance include armored personnel carriers, fire support vehicles and even tanks. Where does this change in the Western approach come from?

Jarosław Wolski: The reason is simple. The Soviet-made equipment, which we have been handing over in enormous amounts, is slowly running out. This is not just about tanks, but also armored personnel carriers, artillery systems and other support vehicles. And I’m not just talking about the equipment itself. Acquiring spare parts for those vehicles that are already in Ukraine is becoming harder. Today, in the global arms market it is difficult to get parts necessary to service tanks or other vehicles used by the Ukrainian army. Some of the manufacturers of such components, such as India or Iran, prefer to re-export them to Russia than to Ukraine. That’s the first reason.

The second reason is more complex. In 2022 the Ukrainians lost irrevocably, that is, in a way that makes repair impossible, about 530 tanks. This represents about 60 percent of the starting point of the Ukrainian army personnel as of February 2022. This is a serious hardware loss. Over the past year, these losses have been replenished mainly by supplies from the West and what has been recovered from abandoned Russian equipment.

Poland gave Ukraine about 270 machines, more than a hundred came from other countries, in the case of ex-Russian tanks it was possible to acquire and put into service about 150. So in the end the losses were more than compensated for, because at the time new tactical units in the Ukrainian army were formed, i.e. the so-called reserve corps that had three armored brigades and five mechanized brigades.

However, this number does not allow to fully equip the new tactical units formed within the Ukrainian army, and about 10 new brigades are being formed, but this does not make it possible to replenish the losses suffered in the battle. The current heavy equipment allows for the formation of about 35 brigades, in which about 200 thousand soldiers fight. The entire Ukrainian army now has more than 750,000 people. This means there is a gap that cannot be replenished in a short time, and especially if we are talking about this equipment that remembers the Soviet Union. As at today the armored equipment (from tanks to patrol wheeled vehicles) supplied by the West amounts to more than 1,500 pieces of machinery, which made it possible to replenish the losses of 27 “personnel” brigades and disperse the reserve corps. Unfortunately, ten of the newly formed brigades lack heavy equipment, and of the 30 Territorial Defense Brigades, only six have the appropriate equipment. In total, there is enough equipment for about 200 thousand soldiers, out of which 100 thousand fight in light army units.

Yes, the Russian tactic is about material attrition. This is the real reason why they are attacking Bachmut and Soledar with such determination and persistence. At the same time, let’s remember that their understanding of losses is quite different from our, civilized, Western one. The Russians are dropping a number of units, poorly trained and demotivated, in order to inflict as much damage as possible on the Ukrainians. These losses for the Ukrainian side are very painful. Russia, meanwhile, is training its reserve forces, consisting of mobilized soldiers, and rebuilding equipment potential.

Secondly, such tactics are forcing the Ukrainian forces to focus on one area, but in other circumstances the army would conduct further counteroffensives in other areas of Ukraine. Today they must retaliate in the Donbass and take part in heavy fighting. The Russians are imposing an initiative to wage a war that is costly for both sides. Except that one side doesn’t care about losses at all. A similar tactic was already used on the Donets’ arch, when the Russians stormed Popasna, Liman, and Severodonetsk. If it were not for the delivery of HIMARS, which decimated Russian logistics, the Ukrainian army today would have much less combat potential than it does.

This, unfortunately, is a depressing reality that we are witnessing in the east of Ukraine, about which little is said in our country, due to fears of being called a defeatist.

Is Ukraine able to quickly adapt to the equipment from the West? Isn’t it too late?

Let me answer it this way. First, Germany must agree to the supply of Leopards. What is happening now is an attempt to convince the Germans to give the green light. The second issue is more complicated. There are no spare parts for Leopards in the A4 version. They are not produced. This is why Poland decided to upgrade the Leopards 2 A4 to the 2PL version. The same goes for other countries that use this version of those tanks. So even if there is a green light for A4 deliveries to Ukraine, I will ask the question: Where will the spare parts, thermal cameras, stabilization systems, radios and other systems that have been missing for almost 7-8 years come from? I believe that Challengers 2 from the UK will arrive to Ukraine quicker than the Leopards.

What about the crews?

It’s even worse. The NATO standard for tank training estimates that individual training of tank crews takes at least a year. And this is for trainings with the use of trainers, simulators, etc. Further training at the battalion level takes another year. And we’re talking about training tankers with experience. The training of a new ”green” tanker, according to NATO, takes four years. That’s how much it takes to train a soldier to be fluent in the equipment. Unfortunately, the Ukrainians do not have a better training base than the Russians. Hence the need to send these soldiers for training to Poland, Great Britain or other countries. The lack of an adequate training base is one of the reasons why the Ukrainian army isn’t getting bigger as quickly as it should.

If Germans are being pressured about Leopards, why haven’t Americans decided to send their tanks? For example, they could offer tanks of the M60 family, of which there are thousands.

The M60 is at the technological level of the T-62 M tanks that Russia is bringing back. Secondly, while the Russians are able to restore more than 250 such tanks a year, the Americans have long put an end to the M60, so when it comes to spare parts the situation is really bad. It is therefore likely that the Americans would not be physically able to supply and operate an adequate number of tanks of this type. Generally speaking, there are few tanks in the West when it comes to the realities of such a conflict as the one in Ukraine.

Only the U.S. has sufficient M1 Abrams mobilizing capability. So either the Americans will start supplying these types of machines soon, or the Ukrainians will start running out of tanks at the end of this year. That is why Ukraine cannot fight a material war and why NATO is trying to transfer to Ukraine the abilities to strike the Russians in areas that bring a sudden defeat of Russian forces, but with minimal losses of their own – for example, by destroying logistics, military headquarters, etc.

Górka-Winter: A NATO operation in Ukraine would be a problem, but the UN could step in (INTERVIEW)
SECURITY
“The presence of the alliance by the Dnieper would be controversial not only for political reasons, as it could spill the conflict over to its […]
More