Wyszyński: NATO is strong and determined to deter Russia (INTERVIEW) 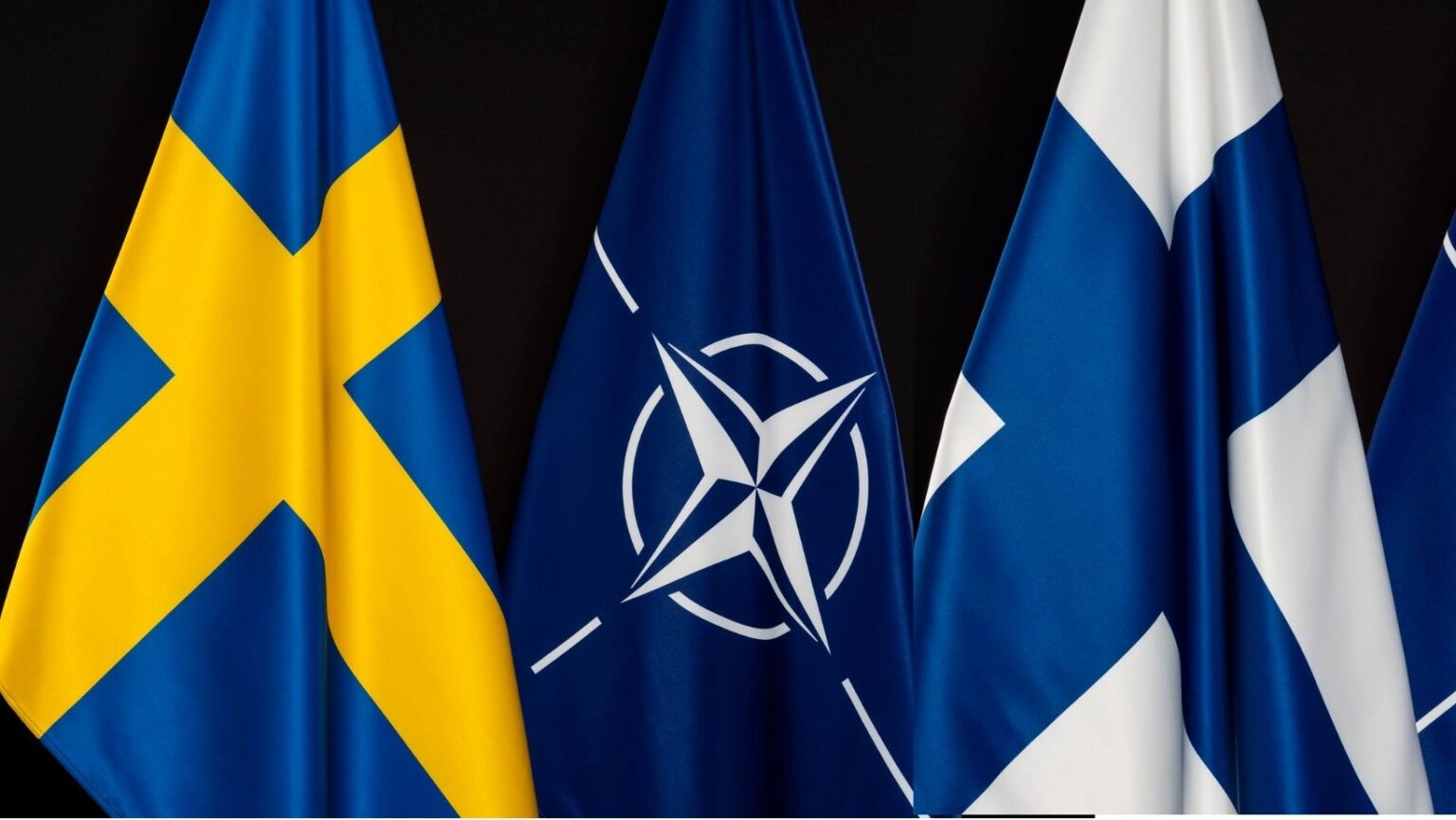 The decisions taken by NATO at the Madrid summit show that the Alliance, contrary to what’s been said in recent years, is a very effective organization able to adapt to challenges – says Łukasz Wyszyński, PhD, from the Polish Naval Academy in Gdynia in an interview with BiznesAlert.pl.

BiznesAlert.pl: What are the main conclusions of the NATO summit in Madrid?

Łukasz Wyszyński, PhD: There are quite a few. It may appear that many ground-breaking decisions were taken at the NATO summit in Madrid. I would be more cautious in assessing these arrangements. Firstly, many of them have already been in preparation for months or years, and the very mechanism of their development is a specific feature of the Alliance. This is not an accusation, but it provides us with a reference point for assessing the political decisions taken by the leaders of the NATO countries in the Spanish capital. They show that NATO’s “brain death” has finally come to an end, and that the Alliance has begun to adapt to the new strategic situation in a way that is at once proactive, flexible and cautious.

The identification of the Russian Federation as the main threat to the security of the North Atlantic Treaty deserves attention in the first place. This is not surprising to the public and was probably expected in the Kremlin. This decision clearly indicates that for the North Atlantic pact, today’s Russia and its vision of the international order – emphatically expressed by the war in Ukraine – is unacceptable. We should assess the other decisions through this perspective. The second point, which carries the biggest significance, is inviting Sweden and Finland to join NATO. This decision should be evaluated on both political and military terms. If this happens, it will not only change the security architecture of the Baltic Sea, but also force a change in the strategic planning of the Russian Federation. The third element worth highlighting is the identification of China as a systemic competitor to NATO countries. In this respect, the NATO post-summit declaration points to cyberspace, space and new breakthrough technologies, where China and the Alliance are currently on a collision course. At this point, I would also like to note that leaders of the countries of the Asia-Pacific region, including Japan, South Korea, Australia and New Zealand, were present at the NATO summit in Madrid. Their presence gives reason to reflect on an even broader understanding of international security by the Alliance, and to point to areas of strategic importance for the shape of the international system. It is also impossible not to notice important declarations concerning the NATO troops themselves and the organization’s strategic concept. In this regard, firstly, the United States decided to increase its presence in Europe by, for example, adding new, in addition to the already four stationed in Spain, Arleigh Burke-class missile destroyers, and deploying of two squadrons of F-35 fighter jests in the UK. Following the specific declarations made by the US, NATO countries have decided to present a plan to increase the response forces from 40 to 300 thousand soldiers. However, this should be read as a goal that NATO has set itself, and not a fact that will occur in the short term. In the latter case, we will witness the constant presence of the troops of the North Atlantic Treaty on the so-called eastern flank, including in Poland. The decision is important politically and symbolically. However, more could have been expected in terms of the size and structure of this presence. With a few exceptions, we are still talking about declarations that, if necessary, Alliance troops will be deployed to a state that will be under threat. This is the part that, in my opinion, reveals that the decisions made in Madrid were cautious, which, to reiterate, is not a bad thing. This is tailored to the political-military specifics of NATO.

Were the decisions made unanimously?

Probably not. Firstly, the final conclusions are already a compromise. If NATO was a state, then the intentions addressed to the international community would most likely be implemented within the framework of a long-term strategy. However, this is not the case, and the Alliance is a collection of countries with different perceptions of what is happening in the international space and different perspectives on the desired direction of changes in the shape of the international system. These differences are currently not decisive, and a common perception of risks facilitates decision-making.

Returning to the question, firstly, we know that Turkey wanted to win political gains in the context of inviting Sweden and Finland to join NATO. Secondly, most likely, the Germans did not and do not support increased and permanent presence of the Alliance troops on the eastern flank. This is due to the fact that Germany currently benefits the most from the presence of troops from other NATO armies, and to the still vivid geopolitical vision in which the Russian Federation – diplomatically speaking – will not be perceived as a threat.

Is the outcome of the summit, i.e. the presence of the permanent HQ for US Army’s V Corps, a break with the NATO-Russia Act of 1997?

The decision that there will be a permanent presence of the advanced command of the V Corps of the US Army in the vicinity of Poznań de facto ends the provisions of the NATO-Russia act of 1997. However, we must note that this did not happen in Madrid. In Spain, there was only an escalation on the part of the Alliance, which is supposed to be a response to Russia’s actions in the military, energy and food areas. The NATO-Russia agreement was a response to the geopolitical situation of the late 20th century. The longer it lasted, the more it became ill-suited to the realities of the changing international system. One example of this could be the war in Ukraine and NATO’s commitment to support Kyiv, not only after February 24, 2022, but after the annexation of Crimea in 2014. Another example is the rotational presence of NATO troops on the eastern flank, which gave the Russian Federation grounds to challenge the provisions from 1997. Another important piece, as confirmed by Vladimir Putin in a speech on 21 February 2022, was deploying parts of the missile defense complex to Poland and Romania.

In the face of the expected new accessions to NATO, does Russia, have a chance to counter the Alliance today? Or will the war in Ukraine in the end curb Russia’s military potential for years to come?

Based on the observations of what we know about the course of the war in Ukraine, it can be hypothesized that the Russian Federation would have no chance of winning a full-scale and conventional conflict with NATO. This is evidenced by the problems it has with gaining dominance in the air, its inability to effectively break through the enemy’s defenses and the unconfirmed effectiveness of reconnaissance and electronic warfare. However, this does not change the fact that such reasoning is a simplification. Firstly, the Russian Federation was and is aware of the potential of NATO and therefore conducts hybrid activities, in which information warfare, the use of energy resources and participation in geopolitical initiatives that can be described as counter-hegemonic or questioning the current international order play an important role. Secondly, Russia is relatively quick to use the nuclear card in war or confrontational rhetoric. This is undoubtedly a factor that hinders the actions of the United States and European countries, for example, in relation to the war in Ukraine. Among other things, that is why NATO, at the Madrid summit, pointed out the importance of nuclear deterrence on our side, too, departing from the principle of proportional response and announcing an approach based on unacceptable losses for the aggressor. By inviting Finland and Sweden, the Alliance has shown that it is not afraid of Russian threats, or – even if it is afraid of them, it sees that only by increasing its potential and capabilities will it have an effective response to the Kremlin’s position at hand.

It is difficult to say for how long the war in Ukraine will weaken the offensive potential of the armed forces of the Russian Federation. I think it will be crucial to find an answer to the question of what will be the effectiveness of sanctions in terms of arms financing, how in the long term China will behave in the context of possible economic and military assistance, and what will be the outcome of the war in Ukraine, i.e. how many troops the Russians will have to engage and replenish.

The day before the summit, it was reported that Sweden, Finland and Turkey reached an agreement on the accession of the latter two countries to NATO. What does this mean for the Alliance, especially the eastern part of it?

Failure to do so would cast a shadow over the NATO summit in Madrid. Ankara’s political blocking of Sweden’s and Finland’s candidacies would strengthen Russia’s strategy of playing the Alliance by maintaining bilateral relations with its members and fuelling contradictions. Moreover, in NATO itself – in the societies of the member states – doubts about a unified course towards the war in Ukraine would begin to grow. As they would among the public opinion in Finland and Sweden, which could hinder the previous security cooperation with NATO countries for many years. Fortunately, this did not happen, and Turkey supported the invitation to the countries with capitals in Helsinki and Stockholm. How does that matter to the Alliance? Firstly, the security environment in the Baltic Sea is changing, and it is becoming practically a NATO basin. Secondly, Finland’s presence in NATO poses a challenge to the northern direction of operations of the armed forces of the Russian Federation, including the Northern Fleet, which is mainly responsible for nuclear weapons carried by submarines under the “bastion” concept. Both elements force the Russian Federation to revise its existing strategic concept in the European theater of operations. To be sure, Sweden and Finland have hitherto been seen as potentially hostile or neutral at best, but their NATO membership will increase the North Atlantic Treaty’s capabilities in the Baltic Sea and the north pole. This situation is clearly unfavourable for the Russian Federation. Moreover, it increases the potential and extends the potential front on NATO’s eastern flank, raising the threshold for the region’s destabilization.

Is political consent to the accession already the “final stretch” for these countries in NATO? Should we still expect any bumps?

Now each of the NATO member states will have to accept the candidacy of Sweden and Finland. Most likely, in order to avoid problems at the next stage of the accession, it was decided to get political support for the summit in Madrid. In fact, it was the same every time the Alliance grew, i.e. the invitation was a de facto expression of the consensus by the Pact, where all allies agreed on adding specific states. This means that formally there is still a long way to go before Sweden and Finland are admitted, but it is to be expected that it will go smoothly and will end with the admission of both countries to NATO. It is also worth noting that the recent NATO enlargements involved the need to adapt to the procedures of the Alliance and a reform of the armed forces of the countries of Central and Eastern Europe. In the case of Sweden and Finland, there is already a lot of compatibility with the armed forces of NATO countries.