Zarif Tape – not scandalous, but a treasure trove for information warfare 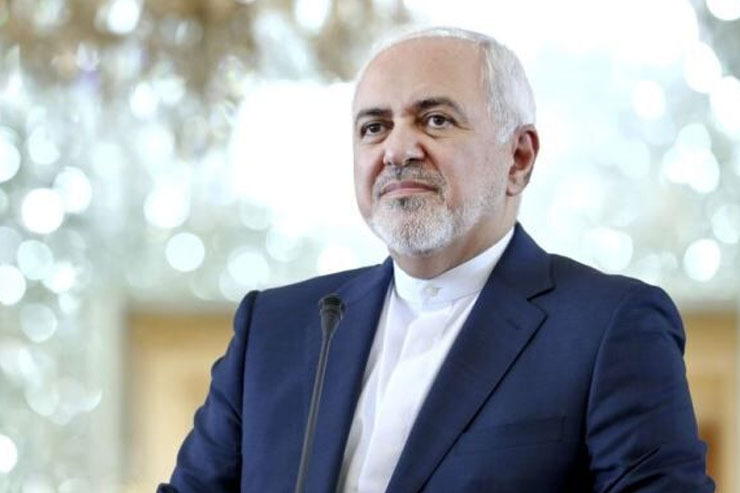 – The leaked audio recording with Zarif’s memories from his tenure as the MFA isn’t scandalous at all. Due to the scope of subject Zarif covers and the timing of the leak it could be argued that the recording was a pre-planned information operation – writes Łukasz Przybyszewski, contributor to BiznesAlert.pl*.

The timing of the leak is not accidental – Iranian authorities are negotiating an agreement which could potentially lead to the United States’ de facto or de iure return to the JCPoA. The presidential elections in Iran are soon to take place in mid-June and there are opinions claiming that the voter turnout might be very low. So the release of this recording cannot possibly be unplanned or unintentional. The tape, or rather the first part of it, will surely serve the purpose of increasing the voter turnout at the ballots. The scandal surrounding the tape is a bloat and a hoax, aimed at decepting the public opinion within Iran and abroad. Nevertheless, it indeed is the perfect gift for many media outlets outside of Iran who criticize the IRI’s authorities, as well as for intelligence agencies. Many parts of the interview can be separated, taken out of the context and re-interpreted in a manner contradictory to the original. The ‘Zarif Tape’ is a treasure trove for misinformation agents, but every such finding is also a trap, one has to be aware of. For most, it is obvious, but once you let the jinn out, you have to say your wishes. Because what happens, if one doesn’t? Someone else will lead the narrative, and in information warfare leading and shaping it is more important than anything. What we hear from Iran’s foreign minister, Mohammad Javad Zarif, in the interview isn’t scandalous or illuminating in any way. The 3-hour-long audio which is available online is most probably just the audio track of a video recording. The whole discussion was supposedly two times longer than that, so we might assume that what we heard is just the first half and that the next will appear somehow, at some point in the future. Technically, the interview with Zarif was pre-planned and perfectly organized. Zarif’s interlocutor seemed to be very experienced, so some questions were signaled at earlier points, just to come back to them when Zarif was ready to speak out more broadly. There was little improvisation. But what does and does not Zarif say?

Zarif discussed a number of subjects, including his career and some private remarks, but it all revolved around his tenure as the minister for foreign affairs. He underlined that during his time in office, the battlefield in Syria and Iraq put a heavy burden not only the work of the MFA, but all other ministries as well. He claims, albeit in a bit clumsy and unorganized way, that the battlefield defined many actions and decisions in the country. He never said that he was just brig. gen. Soleimani’s minion, nor that the IRGC runs the MFA or the country. What he said was that the political system, including the MFA, is heavily securitized, but due to historical legacy – the Revolution, the Iraq-Iran war and the US pressure put on Iran. He also didn’t say that Soleimani was obeying to Kremlin’s orders. Zarif claims brig. gen. Soleimani was working independently from the MFA, which  – given that Zarif’s tenure started after the Syrian civil war broke out – is perfectly understandable. In his words, diplomacy was serving to those on the battlefield, not the other way round, mostly, although he did confirm that Soleimani had many constructive opinions and points to be raised during meetings with other foreign diplomats, including Lavrov. Such coordination isn’t scandalous, especially if we take IRI’s history into account and the situation in the region between 2011-2018. Zarif’s remarks about Russia’s role during the negotiations predating the JCPoA weren’t revealing either. So Zarif and Soleimani were cooperating for the sake of a common goal – to win the proxy war. Thus, as a soldier, Soleimani had to be frank, specific and demanding. Also, Kremlin had it’s own goals and that was also perfectly understandable for everyone. But Zarif’s role in the interview was to show that he is leaving a truly lasting legacy for the next generations and the future government. So for the most part, the recording presents a memoir in which Zarif has an occasion to portray himself and his achievements in a way as he sees it as the most appropriate. There are no statements which could undermine the IRI’s authorities credibility, no line-crossing – literally there is nothing what Zarif didn’t say or imply in the past or what an Iran-observer didn’t already know. The more was it known by the Iranians.

The so called ‘Zarif Tape’ became a scandal only because the release of the recording was intended to be one. The pandemic and the economic slowdown and recovery are factors which increased the risk of a low election turnout. One could argue that lower or higher turnouts tend to shape the political scene in Iran in a different way, but the truth is that a very low turnout is a threat to the credibility of IRI’s political system. At this point, as it seems, such ‘leaks’ are to invigorate the political debate and thus to deliver more legitimacy to the elections and the final result. The leak won’t affect Iran’s negotiating tactic, even less so the strategy. It will also increase the flexibility of the next Iranian government, because the long interview – probably one of a number of such – can be interpreted and recycled for the media repeatedly. Is there a better material for misinformation and disinformation than a perfectly balanced long recording which very few will actually have time to listen to? Or don’t have an agenda to twist the words and meanings? Both sides have. It’s an information-warfare-fiesta.

**Łukasz Przybyszewski – President and Founder of Abhaseed Foundation Fund. West Asia analyst at the Asia Research Centre, Security Research Centre, War Studies University. This article represents the private views of its author and not of the WSU authorities.

PISM: Dilemmas in Russia’s policy towards Iran
SECURITY
The common goal of Russia and Iran is to limit the role of the U.S. in the Middle East. At the same time, the Russian authorities are afraid to help […]
More