The West didn’t learn anything from Nemtsov’s death (COLUMN) 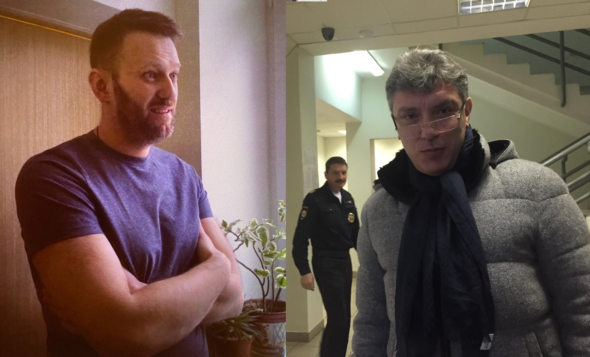 The sixth anniversary of the murder of the Russian opposition leader fell on the 27th of February. Just like then, also today the West finds it more important to engage in futile conversation, rather than take real action against Moscow’s aggressive policies aimed at not only the “external” world, but also at its own citizens.

The assassination of Nemtsov

Boris Nemtsov died on the 27th of February 2015 at 11:31 p.m. Moscow time, when he was crossing the Bolshoi Moskvoretsky Bridge, which is about 200 meters away from the Kremlin. He was shot in the back four times by unknown attackers. Nemtsov died on site. At that time he was the biggest and the most popular critic of Vladimir Putin. He was killed two days before the planned demonstrations against the war in Ukraine.

On the 21st of February the European Union agreed to impose sanctions on Russia for imprisoning Alexei Navalny, the politician who took over Nemtsov’s role as the main critic of the Kremlin. Last autumn the EU adopted personal targeted sanctions for poisoning Navalny with a military chemical agent called Novichok .

However, saying “too little, too late” is like saying nothing. Despite many calls from politicians, opposition members and human rights advocates only a few dozen, little known officials and a few representatives of the defence and military ministries were punished. There were no economic, sectoral sanctions. No sanctions were imposed on the prominent representatives of the Russian administration. Even the oligarchs close to the Kremlin were spared.
Undoubtedly this means the EU policy against Russia is a failure. The EU’s decisions are not only delayed against the events in question, but also completely inadequate and insignificant. I mentioned Nemtsov’s murder for a reason. There is something that undeniably connects the assassinations form February 2015 and the failed poisoning from August 2020. That is the construction of the Nord Stream 2 gas pipeline.

When at the end of February 2015, Europe was preoccupied with the killing of the Russian opposition leader, politicians in western member states of the EU and western energy companies were wrapping up their preparations for the project. In June Gazprom entered into an agreement on the construction of Nord Stream 2 with OMV, Shell and E.ON (currently Uniper) . At the end of July an identical document was signed with BASF (today’s Wintershall Dea). In September Gazprom signed in Vladivostok a contract with western companies to set up the Nord Stream 2 AG company, which, like its predecessor – Nord Stream AG, was to operate the new project. At that time the expectation was that the western companies together with Gazprom would be the shareholders in the new company. However, due to the objections raised by Poland’s Office of Competition and Consumer Protection, the companies had to come up with a different form of cooperation.

These agreements were signed half a year after the Nemtsov political murder, during the heaviest fights in eastern Ukraine, when the separatists supported by Russia shot down the Malaysian airplane with almost 300 passengers aboard, most of whom were citizens of the EU. At that point cooperating with Russia seemed already unimaginable, especially to the representatives of Central and Eastern European states. Despite that, Berlin, Vienna, Paris, London and Amsterdam continued to implement another political project, whose goal is to financially undermine Ukraine, which is at war with Russia.

Contrary to the popular opinion held by some politicians that cooperating with Russia may “appease” it, Moscow did not change its policy at all. Cyber attacks against western states, election meddling in, e.g. Germany and the U.S., support for separatist movements in Great Britain and Spain – all of that happened after the final decisions on the Nord Stream 2 gas pipeline had been made.

Navalny’s poisoning started a discussion on how to punish Russia. One of the ideas thrown around was to stop the cooperation on the construction of the Nord Stream 2 gas pipeline. However, these hopes were quickly crushed, because nobody in Germany took this proposition seriously. Instead, the public opinion was again fed with empty rhetoric about cooperation, and about how even during the Cold War, the West worked together with the Soviet Union, and how power was the foundation of that cooperation. Back then the “energy cooperation” was keeping the crumbling Soviet Union alive, and today it is still the main source of income for Russia. Not only does it sponsor the Russian state apparatus, but also finances its hostile actions abroad.

From the perspective of western companies, Russia is a bottomless source of raw materials. Every company that supported Nord Stream 2 guaranteed for itself shares in various raw materials extraction projects on Russia’s territory and outside of the country. This cooperation brings Russia revenue from taxes and tariffs, western know-how on, among others, extracting hydrocarbons from increasingly demanding locations, as well as the ability to impact governments from countries from which the western companies come from. Of course, another important factor is the ability to drive a wedge between the NATO and EU allies by dividing them into those who will profit from the cooperation, and those for whom it will pose a risk, including a military threat.
By indulging Russia in 2015, after the killing of Nemtsov, the West opened the door for Russia to continue its aggressive policies. This made Russia even more assertive towards its neighbors, as well as other members of the EU, which have a different philosophy of functioning than Moscow. Today, after the failed poisoning of Navalny, his grotesque trial and the brutality of the security services during the crack down at the anti-government manifestations, the West is still on the old path. The path that we are by now very familiar with, and we all know where it goes. The visit of Commissioner Borrell was another example of the EU weakness and its inability to comprehend Russia’s foreign policy. Unfortunately, Russia only understands arguments based on power (not to be confused with those based on military power), and it cannot receive an absolution when it least deserves it.

Caspian Summit and its consequences for the region
SECURITY
Five Caspian states – Russia, Iran, Azerbaijan, Kazakhstan, and Turkmenistan – have adopted a convention on the legal status of the Caspian Sea […]
More